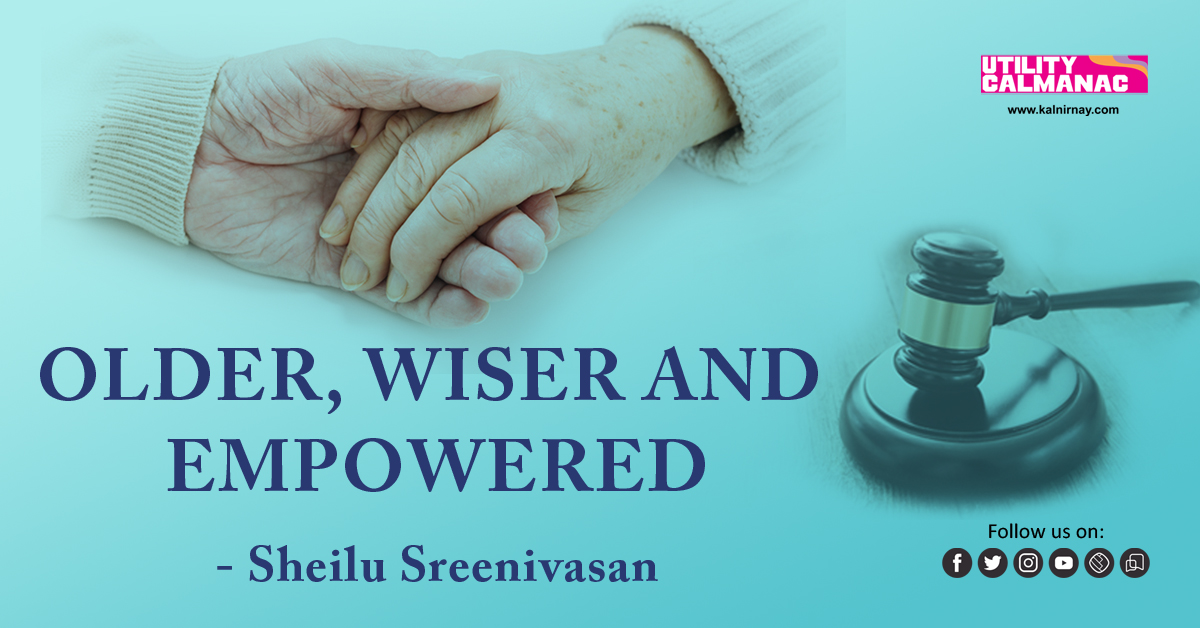 As an elderly member(senior citizens) of the society, you’re entitled to certain rights and reliefs.

There are more than 100 million senior citizens in India, and the number is expected to increase manifold over the next few decades. With age, senior citizens require help and assistance on many levels. While technology has made a lot of things easier – medical attention, entertainment and communication are much easier today than they were in the last decade – there are some basic rights and benefits to ensure a comfortable and dignified life for senior citizens in India.

Any Indian citizen over the age of 60 is considered to be a senior citizen by the government. They enjoy certain benefits:

Under the Senior Citizen’s Saving Scheme, one can get an annual interest of 8.4% on the saved amount. Senior citizens are also entitled to an additional 0.5% interest on any fixed deposits.

Indian citizens over the age of 60 can get a 50% discount on the economy fare for domestic travel on airlines like Air India and Indigo. Men above 60 and women above 58 years of age are also eligible for 40% and 50% discount respectively across all fare classes on most train services on Indian Railways. Local governing bodies and state governments also have special concession
fares for senior citizens. In certain states, they also enjoy designated seating in public transport.

Most hospitals have separate queues for senior citizens. If they have a child above the age of 18 living overseas, they can present the said child’s passport to issue a passport for themselves on a post-police verification basis. Banks have separate queues for the elderly. Most banks also operate special senior citizen’s accounts that offer additional facilities. Various Police departments in India may also send a police officer home in case the senior citizen needs to register a complaint. Although this isn’t prevalent in each and every city, most Police departments are very co-operative towards the elderly.

The basis of this Act is the United Nations’ 1982 document: ‘UN Principles of Ageing’. The five principles under this document are:

a. Independence: Older persons must have access to food, shelter, water, clothing, and healthcare through income, family, and community support. They should have income-generating opportunities.

b. Participation: Older Persons should remain integrated into society and participate actively in the formulation of policies that affect their well-being.

c. Care: They should have access to health care to maintain an optimal level of physical, mental, and emotional well-being.

d. Self-fulfillment: Older persons should be able to pursue opportunities for the full development of their potential. They must have access to educational, cultural, spiritual, and recreational resources in society.

e. Dignity: Senior citizens should be able to live with dignity and security and should be free from exploitation, mental and
physical abuse. The elderly population gets Constitutional protection. They have the right to work, right to education, and to public assistance in some cases. The Indian Constitution under Article 41 puts the onus of this on The State within limits of economic capacity. Under Article 46, the onus of promoting educational and economic interests to protect the elderly from social injustice and all forms of exploitation also lies in the State. However, these principles are included in Chapter IV – Directive Principles of the Indian Constitution. This means that these are not enforceable by any court of law but are merely positive obligations on the State. Now that you’re aware of the legal provisions protecting senior citizens, how do you know when you’re being denied rights and what can you do about it? For this, you can challenge violations of the rights of senior citizens
under two acts:

a. The Hindu Adoptions and Maintenance Act (1956)
b. The Maintenance and The welfare of Parents and Senior Citizens Act, 2007.

The provisions under the first act were minimal and limited. Therefore the second act was passed in 2007. The law requires the appointment of a special Tribunal in each state. Senior citizens can bring their cases of abuse to this court. There is no requirement of a lawyer, the complainant can argue their own case.