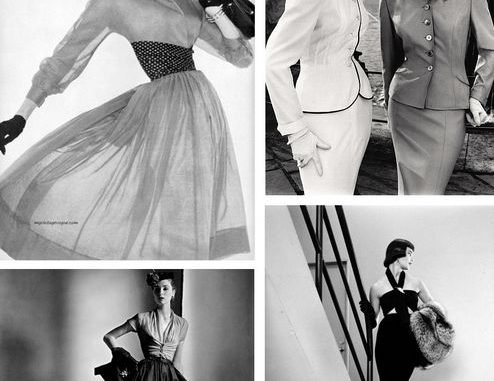 History repeats… yess, this saying is so perfect for the fashion industry. You can see Juhi Chawala wearing the same dress in ‘tu hai meri Kiran’ as Gita Bali wore in ‘yeh rat yeh chandani…’. This is simply an era of Retro fashion.

Fashion! The first thing that catches everyone’s attention today. Earlier,the masses related fashion only with glamour- models, ramps, and the so- called western dressing… But with more awareness about fashion, we have started relating our lives with it! Now we find fashion not only in clothing and accessories, but also in our daily activities like food, exercise, leisure activities, hang out places and even our hobbies! We want to eat the type of food that is in fashion. The type of exercise we want to do, depends upon whether aerobics is in or is yoga! This is how much fashion has captured us today. With the above statements, it is at least clear that fashion is not that we see on screen or on models, it is that which we all are surrounded by and want to adopt.

Fashion related to clothing has been seen since the pre-historic ages. Be it the human species that wrapped their bodies with leaves and skins, or be the sleek item girls wearing something close to that! Ages pass by and we realize that what we wear today has a base of what was there during the times of civilization. Remember the Mohenjo Daro and Harappan civilizations? They are the first known civilizations of India and one of the oldest in the world. The type of costumes they wore over 4000 years ago, were seen again in the Vedic period, around 3000 years back.

Modifications of the same are seen since the medieval India and even today! All in all, history repeats itself. In the recent past, fashionable costumes have been given utmost importance and showcased through Bollywood. As we all know, Indian fashion has always been influenced and dominated by Bollywood. The Bollywood divas are our idols and we would blindly follow them. If you ever observed, fashion had a particular pattern of spreading across the masses.

Generally, it would start from the big designers and get adopted by the Bollywood stars. Like, if you look at the late ‘80s or early ‘90s fashion, short skirts and stretch jeans was flaunted by Madhuri Dixit, Sridevi and Divya Bharati. These fashions came in the market soon after that, but were only available in the higher- priced retail outlets.After this, fashion started to be seen in the market by this ‘class’, the higher middle sections started to experiment it, and those fashions started to spread in the masses. Approximately a decade and a half to two back, fashions started to be worn by the young crowd, barely after the release of a movie that had fashion icons like Karishma Urmila and Sonali Bendre.

It spread faster than in the previous decades, but was still quite restrictive to the masses. But yes, they had started being appreciated and experimented in limits. This was a good progress in spreading of fashions. Now, just go a decade or a halfback and remember the ravishing Rani wearing those bubbly, collared kurtis in bold pinks, turquoises and yellows, just as her character in the movie Bunty Aur Bubbly.

Did it take so long to spread in the masses as the previous one? At the time of the release of the movie, this fashion was already there in the market! Thanks to the media of today.

Today, after almost 30 years, we are travelling back in the retro style. Not only in fashion clothing, in other areas like dance and music as well. In the fashion world of apparel, digital, bold prints have shown their impact on the young crowd. With Anarkalis still dwelling in the ethnic sections, indo-western fusions have flooded the market. Uneven cuts are still doing quite well and strapped kurtis are making a mark on the so called conservative crowd! The classic lego mutton sleeves are being seen more than ever!

The biggest entrant in the market is the neons. With the grey shade of the monsoon, Neon colours add life to the season’s wardrobe. Blue, Green and Pink are the hot ones. Neon coloured accessories like bags and footwear and the season’s must- raincoats are also getting a good appreciation.

Hope they stand by the forecast for the next season as well!